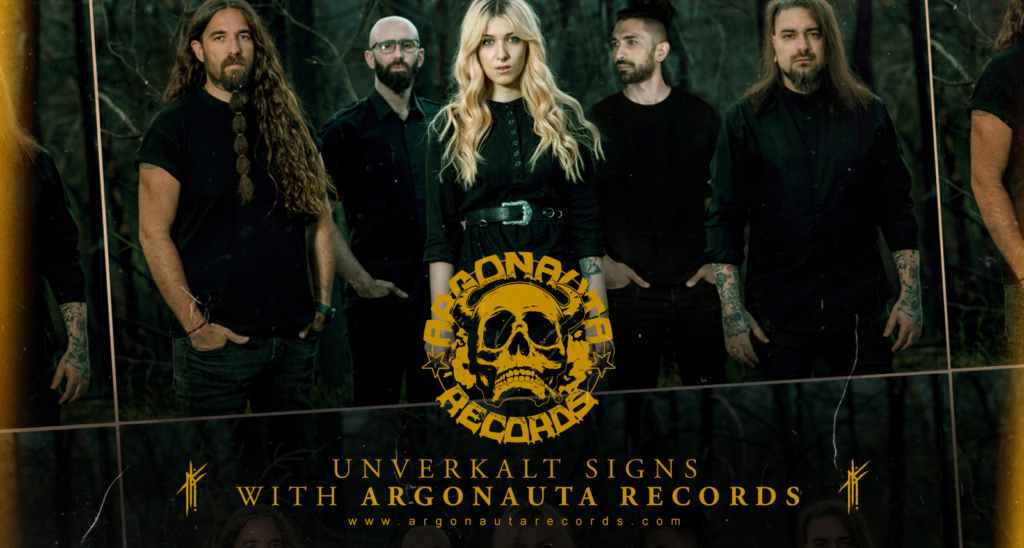 Band comment:
“We are thrilled to announce that we’ve signed to Argonauta Records! A label that is constantly growing and is passionate about the music they release. We are excited to collaborate with such a dedicated and hard-working team! This is the new home of our upcoming second full-length album, which is also our best work so far! We couldn’t be happier!”

Unverkalt is an artistic music project based between Athens, Greece and Berlin, Germany. Their raw and versatile vocals combined with influences rooted in post-metal, doom, and alternative scenes create a unique bond that makes Unverkalt stand out without being related to any specific music genre. Unverkalt‘s music is also inspired by European cinema, art movements, and human experiences, embracing darkness and romanticism.

The band was established in 2017 by guitarist Themis Ioannou and vocalist Dimitra Kalavrezou in Athens, Greece. Guitarist George Stamkos joined the band during the recordings of their debut album “L’Origine du Monde”, which was issued in November 2020, attracting positive feedback from all over the world. During 2021 and 2022 the band toured for the promotion of the album, playing shows across Greece and central Europe.

Shortly after the debut album’s release, Unverkalt entered the studio to record their second full-length studio album in Berlin, Germany. Bassist Spyros Olivotos joined the group in 2022, contributing to the finalization of the album. Their next chapter shows clearly that the band acquires its own identity and has a complete vision of their musical direction. The upcoming record will be released via Argonauta Records in 2023.