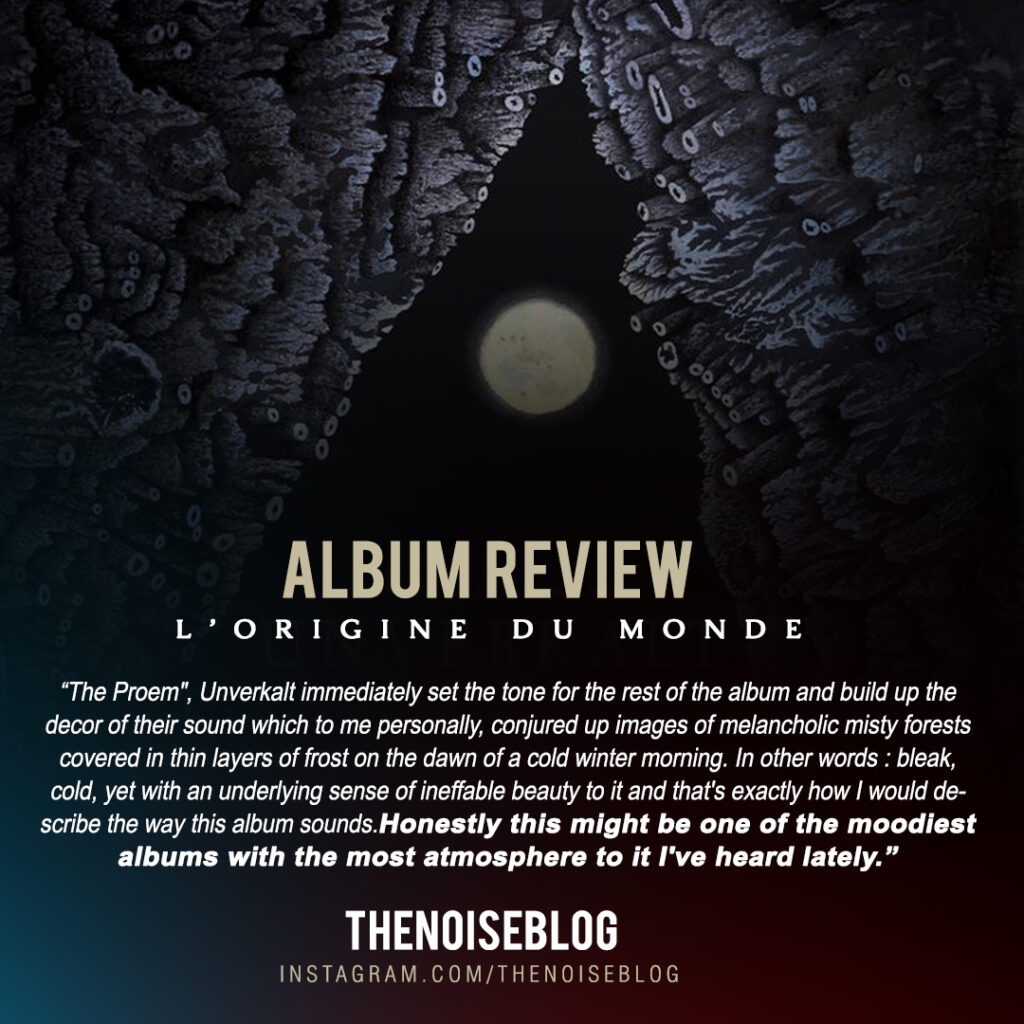 Ever since I heard their first single “The Boundary” back in August I was very excited to hear the rest of what Unverkalt had to offer with their debut album “L’Origine du Monde”. I was pretty confident that I would enjoy this record and it turns out I was right!
From the very first seconds of the intro track “The Proem”, Unverkalt immediately set the tone for the rest of the album and build up the decor of their sound which to me personally, conjured up images of melancholic misty forests covered in thin layers of frost on the dawn of a cold winter morning. In other words : bleak, cold, yet with an underlying sense of ineffable beauty to it and that’s exactly how I would describe the way this album sounds.
Honestly this might be one of the moodiest albums with the most atmosphere to it I’ve heard lately.
It is impossible not to make a comparison with Julie Christmas’s style of singing, especially on her collaborative work with Cult of Luna, “Mariner” as soon as the vocals kick in on track two. Although Demetria Kv’s vocals are tamer than Julie’s, her tone and her inflexions sound very similar and I feel like that is a bit of a double-edged sword. On one hand it sounds absolutely amazing but on the other, depending on how the band choose to evolve with their future material, I worry that they might become branded as “that band that sounds like Mariner” within the community, which would be a terrible shame. But for now, this is only their debut album and my oh my, what a strong debut this is! I think what I like the most about this band is the fact that they seem to have a very clear artistic vision of what they want their identity to be both sonically and visually in order to create their own defined universe. I would say that that is a great sign of a band’s maturity and drive and those are the kind of bands that are able to carve a name for themselves which is something I have no doubts Unverkalt will achieve if they keep on going upwards from here. 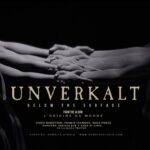 Unverkalt – Below the Surface (Official Video) 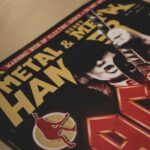 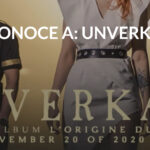