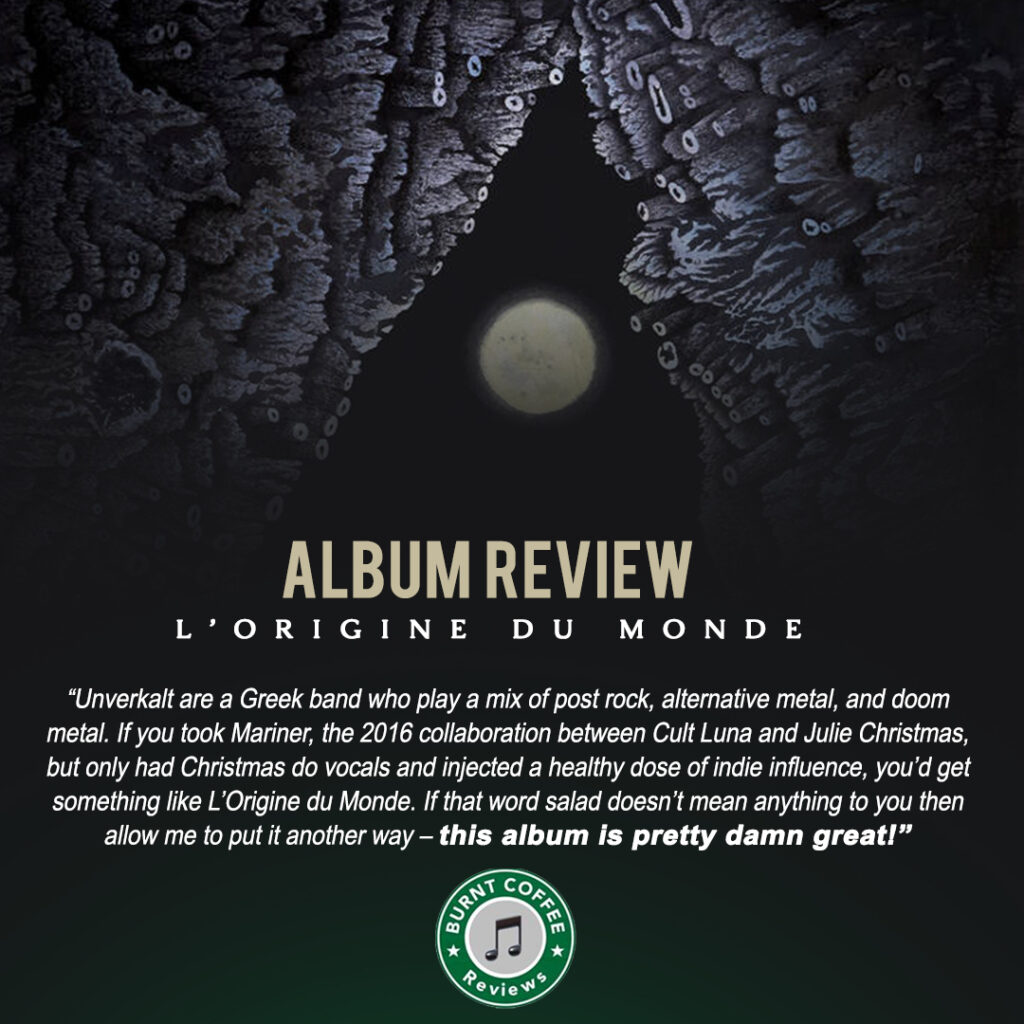 Unverkalt are a Greek band who play a mix of post rock, alternative metal, and doom metal. If you took Mariner, the 2016 collaboration between Cult Luna and Julie Christmas, but only had Christmas do vocals and injected a healthy dose of indie influence, you’d get something like L’Origine du Monde. If that word salad doesn’t mean anything to you then allow me to put it another way – this album is pretty damn great!

The album is brooding, but in a comforting way – if that makes any sense. The songs feel like meditations on weighty topics, rather than just straight up doom and gloom sobfests. Not to undersell it though, the tracks are still emotionally powerful and sorrowful. It’s a fine line Unverkalt tows, and they pull it off well.

There’s even a glimmer of hope portrayed in some of the songs. For example, in the lyrics to “Plague of Corruption”, singer Demetria Kv proclaims “but I’ll stand up and I won’t give in” in the face of a crumbling world. On “Remnants of the World”, she pleads “we need to spread seeds of kindness”. Overall, her vocal performances are phenomenal. She has a unique voice that would be just as suited for indie pop as it is for post metal. Her range is great too – from ethereal verses to belted choruses, to really expressive moments like exasperated vocals toward the end of “Below the Surface”…….